hufff, okay, everything is under control.

Posted by Terus Bergerak Sebelum Mati at 7:12 AM No comments:

His essay’s structure is exactly like mine. Then what the heck is this teacher’s problem?, desis Nuril dalam hati.

Posted by Terus Bergerak Sebelum Mati at 4:11 PM No comments:

Posted by Terus Bergerak Sebelum Mati at 1:56 AM No comments:

Posted by Terus Bergerak Sebelum Mati at 3:41 PM No comments:

Email ThisBlogThis!Share to TwitterShare to FacebookShare to Pinterest
Labels: PUISI

“You know, it’s quite unique of you to have written this piece. I’ve never seen teenagers at your age write this way.”, senyumnya. “Sorry it took awhile for me to go through it and edit it. It’s in. I would like to see the second draft please”, sambungnya.

One night, my slumber was dreamless.

In the following morning, I woke up with it.

My slumber left me a quest,

To be solved, to be defined.

About something that was sung cheerfully.

About something that was praised up to the heaven.

It was known as love.

I didn’t quite know why love was sung,

Why love was praised,

Why love was addressed enticingly by those who admit to love

One thing I did know about love,

Further than that? I knew no more.

Out of my dreaming curiosity,

I walked through the bush of roses and hurt by its thorns.

I ran through the sand storm and blinded awhile by it.

But I enjoyed the complexity of this quest though,

Even if it was as complicated as finding the probability of whether it would rain in the following year.

One day, I stepped into a room full of knowledge.

I straightened my back and sat properly as I wanted to know more about this very word.

I listened to him and every word he said about love.

The room eventually faded away as well as his disappearance.

I was left by myself.

Then I suddenly fell lugubrious,

For the answer of my quest floating high above the stars.

It didn’t last for long.

I stood up and looked up,

So that all my tears would leak out no more.

A screen appeared next,

“Yes”, a strange man said, with a smile.

The man was in a black suit, fairly charming and heart-melting

That time, I knew I had fallen in love,

With the man in black suit.

I knew I was sunk in it,

Couldn’t get out and was breathless.

I attempted to hypothesize the possibilities and manipulated some variables,

So that I could do an investigation there, right now.

He made me shut my mouth.

He stole the lock of my heart’s door.

He watered the flowers of passion in the front yard of my feeling.

This love bound me sometimes,

Like the covalent bond formed between the two fluorine atoms.

It put me in danger in other times,

As if it damaged one of my motor neurons and stopped me from having a plantar reflex.

In one of the mornings,

He knocked at my heart’s door and smiled.

“This is my last smile for you. Pass my regards to the wind…”, and off he went.

I lost my ground.

I reached for a rope.

I ran out of the air of life.

Then why did they say that the colour of love is pink,

Like the one they always advertised on February 14th?

Or why did they say it was dark red like a heart,

Like the one they always put between the words “I” and “You”?

It wasn’t as enchanting as they had been gossiping about,

I only saw my broken heart!

Then He came, with countless buckets of roses,

Offered me another love.

But I had already suffered from post traumatic stress disorder,

I shook my head.

He looked undistracted. “You won’t be left alone. Trust me… I am the Only One, The Most Merciful, The Most Compassionate.”

I moved my head to the north,

I moved my head to the south,

I moved my head to the west,

He was there too.

He was The Greatest Ever,

I questioned Him, “Who are You?”

“The air belongs to me.”

“You haven’t answered my question, who are You?”

“The wind also belongs to me.”

“What are You trying to say?”

I couldn’t remember how I had fallen for another love,

But this was different.

This love never abandoned me.

He fulfilled His words that He would never leave those who love Him sincerely,

He had said he would come in a thousand steps if you came to Him in one step.

He would watch over you every second, every moment.

That was it what I had been searching for.

And the man in black suit?

Let’s forget about him for a moment…

Posted by Terus Bergerak Sebelum Mati at 10:17 AM No comments:

“My name is Anisa, and my particular interest in Islamic studies is tawheed.”, jawabnya lugas.

“Anisa, what a really nice name.”, sambut gurunya. “That, in arabic, means, somebody who is really nice, masha Allah…”, senyum teduhnya menjelaskan.

Someone who is really sweet.

“It means, a girl who’s not married yet.”, urainya.

“So when I get married, insha Allah, what will happen to my name? What will I be called with?”, candanya.

“Madame Anisa.”, serunya sambil tersenyum. “It also means somebody who is nice, innocent…”, sambungnya. “It is a really nice name.”

Posted by Terus Bergerak Sebelum Mati at 3:11 PM No comments:

Posted by Terus Bergerak Sebelum Mati at 8:41 AM No comments:

Email ThisBlogThis!Share to TwitterShare to FacebookShare to Pinterest
Labels: PUISI

“I wanna get married!”

“Hey, do you think I should get married next year?”

“So what? I don’t wanna go to uni. Im sick of studying.” Kesalnya.

“Ummm…wait until you get married and you’ll say ‘owh how I wish I could go to uni and study and not just cooking and cleaning’.” Paparku panjang lebar.

“Nothing. Seriously nothing. But if you’re gonna come there and get married to him. What are you gonna do for the rest of your lifetime? Just staying at home all day and cooking and cleaning for the visitors who’re coming over at night and just having parties all week?”, serangku.

“But why do you wanna marry him? Why not other guy from here or something??”, aku benar-benar hilang akal.

“Hebah, I beg you. Please don’t do that.”, hilang kata-kata.

“Hebah, getting married isn't only about getting together and make love. Getting married is about being in the same room with a guy who probably snores when he sleeps, splashes the tooth paste when he brushes, makes a lot of noises when he eats. You also will need to think about the shopping list, the rent, the bills, and owh, did I mention about kids too?”, ceracasku. “See, getting married is a whole lot of commitment. Don’t only think about the getting fun part only. There’s more to it.”, kupaparkan isi hatiku sejak dulu mengenai hal sensitive ini.

“All right, calm down. Im not gonna eat you.”, ia mencoba bercanda.

Posted by Terus Bergerak Sebelum Mati at 2:54 PM No comments:

Posted by Terus Bergerak Sebelum Mati at 3:27 PM No comments:

Posted by Terus Bergerak Sebelum Mati at 10:56 AM No comments:

Posted by Terus Bergerak Sebelum Mati at 7:42 AM No comments: 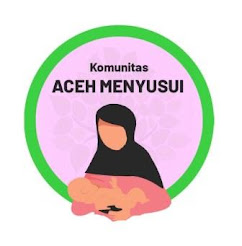